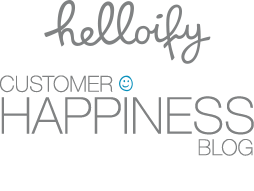 How Groove grows at 10% per month by creating lifelong customers

Dan’s Comment: I’ve looked up to Alex for a while in terms of his business, his content and his approach to customers.  In this post I asked Michelle to go into detail on how he has built a 7 figure support app business so quickly. Dan Norris, Helloify Co-founder.

Groove entered into a crowded space (customer support software-as-a-service) in 2011, doing a round of private beta before launching to the public in 2012. Alex Turnbull, the CEO, was running his own small business and was frustrated at the lack of help desk software options that actually suited his needs. Finding them all cluttered, overwhelming, and difficult to learn, he followed the path of many a business owner before him, and created the solution that he needed, but couldn’t find.

They’ve grown fast since then, and are well on their way to $100,000/month, as well as having over 20,000 readers at their company blog. But what exactly goes into growth like that? I talked to Alex and found out:

Alex credits customer development as the absolute, no-holds-barred, #1 thing that has helps Groove create lifelong customers. “By spending thousands of hours talking to our customers, we learn–to a super granular level–exactly what their challenges, needs, wants, and goals are,” he notes.

Business owners often put their first focus on identifying a need, but just identifying a need to solve doesn’t mean that your product or service will be successful. “Anybody can do that,” Alex added. “To get inside your customers’ heads and deeply understand their thought process, their burning pains and the exact words they use to describe every tiny element of their perspective…that’s where the big wins happen.” 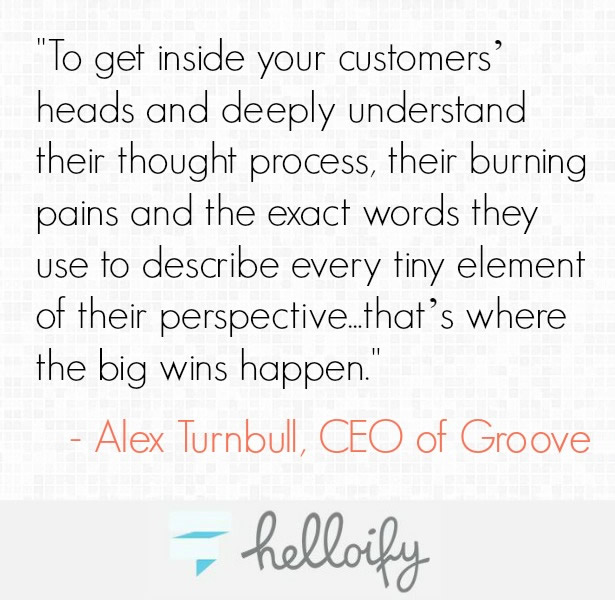 Get inside your customers’ heads and deeply understand their thinking and their pains. That’s where the big wins happen CLICK TO TWEET THIS

What does that look like in practice? Here’s a few examples:

Do things that don’t scale

Early on, Alex focused on getting advice from successful startup owners about user acquisition. He got a lot of tips, but none of it was working astoundingly well…until one founder finally said, “Look, I could tell you what we’re doing, but it wouldn’t help you. We have 10,000 customers. You have zero. You need to focus on your first five customers.”

This changed Alex’s worldview, and he says that the growth Groove has achieved since then is largely due to doing things that don’t scale. Their most valuable (and non-scalable) tactics include:

None of these are terribly scalable or efficient, and some of them sound downright crazy (like having a 10 minute phone call with every one of your customers). But, however crazy or time-consuming, these things are what have made all the difference in growing the Groove customer base.

More on the importance of actually talking to your customers:

When some startup owners think of customer development, they think that a survey is going to be good enough. That’s not true, for a few reasons:

For example, the Groove team talked to both current and new customers during a website redesign process, and used the responses as the “foundation” of messaging for their new site. The result? They doubled their conversion rate. Their decision to talk to people on a one on one basis, even if via email, instead of a mass-survey, was intentional and they credit it as being a huge help in creating a better-converting website design.

Onboarding with retention in mind 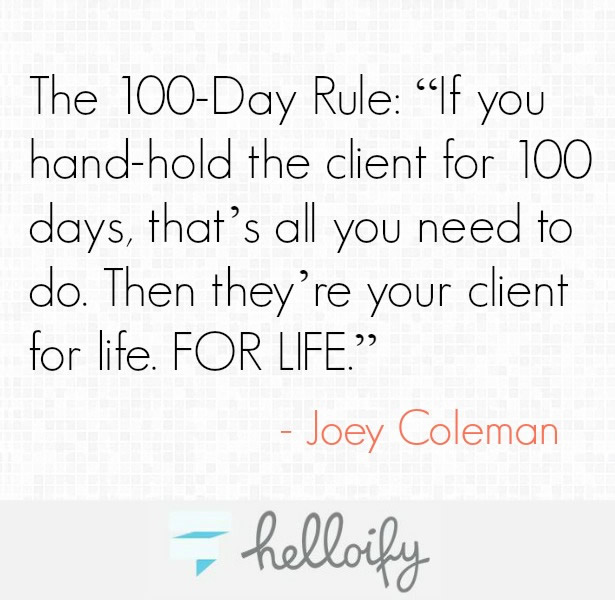 You may have noticed “onboarding” in the list of non-scalable growth tactics above, but it’s so important it deserves its own section. In fact, Alex credits successful onboarding–which has been improved along the way, due to their customer development processes–as a huge part of the reason Groove has high customer retention.

“Onboarding is a huge part of our success with retention, and we’ve been able to improve it dramatically thanks to the customer development we do.” – Alex Turnbull, CEO of Groove 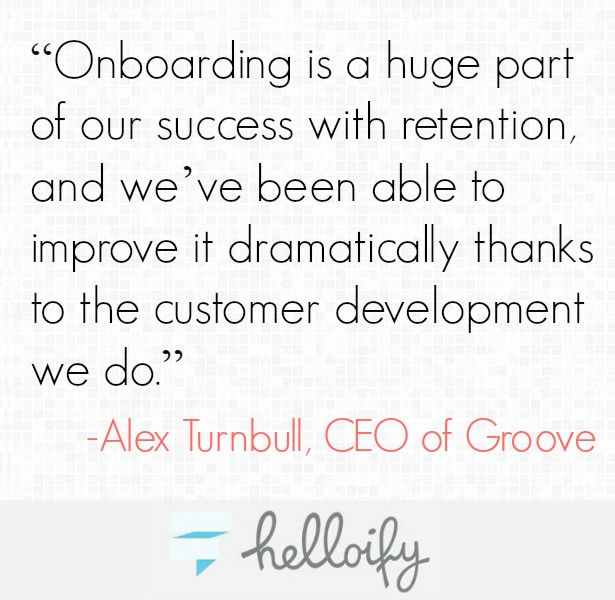 During their testing of different processes and features, the Groove team has noticed a trend pretty similar to the quote from Joey Coleman (which is highlighted in the aforementioned blog post and came via James Altucher). The first two months make the biggest difference, and during that time, the team does everything they can to answer questions about every step of the process, up to and including having developers jump in on technical questions and Alex himself chiming in from time to time. When customers receive that level of attention during the first two months, they’re far more likely to become lifelong customers.

In another post, Alex highlights how one of his developers realized that free trial users who submitted a support ticket were nine times more likely to convert than users who didn’t submit any support tickets at all. They tried a few different techniques to see how they could communicate more with trial users (and thus, convert more of them into users):

The key to creating effective onboarding? Never stop trying new things: “We’re constantly taking inspiration from our customers and the other tools we use and love to make our own onboarding experience better,” says Alex.

Read more about the best onboarding techniques for startups:

Carefully tracking analytics and metrics are important to Alex, and to Groove’s growth, but only the right analytics. Don’t make decisions based on metrics that don’t actually mean more profit or more happy users. In Groove’s case, they’ve found that focusing on these metrics has the biggest impact on their business:

Correspondingly, those metrics are where they put the majority of their focus and work the hardest to optimize.

“Tracking everything is important, but equally important is separating out which numbers are actually meaningful, and that’s different for every business.” – Alex Turnbull, CEO of Groove 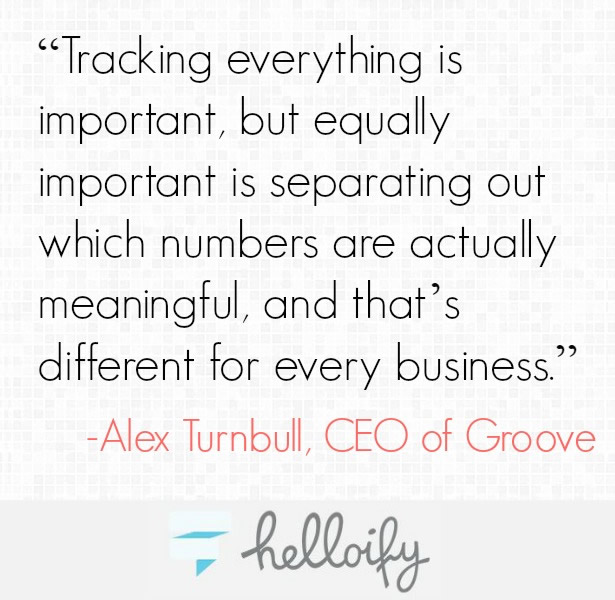 Tracking everything is important, but equally important is separating out which numbers are actually meaningful. CLICK TO TWEET THIS

Knowing what metrics to look at are one reason that Alex made the decision to kill one of Groove’s features, live chat–usage was low, maintenance costs were high, and it wasn’t improving their core metrics.  And running tests on everything is how Groove was able to grow referrals by 30% with one simple test.

There aren’t any pat answers here, unfortunately–the only way you’ll find out what metrics are the most important in your business is by tracking everything (another Groove rule) and sorting through all the data on a regular basis to look for correlations, and then test for cause and effect. It takes time, it’s not easy, but it’s worth it if you want your business to grow and keep growing.

One final note, although it’s not specifically customer-focused, is that Alex says content marketing has been “massively helpful” in creating growth for Groove. In a crowded space like customer support, the differences between products can be so nuanced that it’s hard for customers to decide–so they go with the choice that they’re most familiar with and trust the most.

“Our blog–and the transparency we have in it–has gone a long way in building that trust with people, well before they ever buy.” – Alex Turnbull, CEO of Groove

Content marketing can be a powerful tool, but it doesn’t create fanatical customers in and of itself; it just makes them more likely to buy when they get to that part of the buying cycle. Without working on the other areas listed here–a focus on customer development, onboarding, and measuring what matters–focusing on content marketing would be putting the cart before the horse. Don’t make that mistake in your business.

Any questions for Alex or us? Who else would you like to see profiled in this series?

Michelle Nickolaisen is a freelance writer / biz owner that lives in Austin, TX. When she's not writing (typically about business or productivity related topics), she's probably watching something involving sci-fi or superheros. When she is writing, Spotify is her best friend. She's been freelancing since 2008 and blogging since the wee age of 13 when a teacher encouraged her to start a daily writing practice.

« 50 of the world’s best entrepreneurs weigh in on how to make customers happy Customer happiness tips from Bronson Taylor, Tim Sae Koo and other great entrepreneurs »